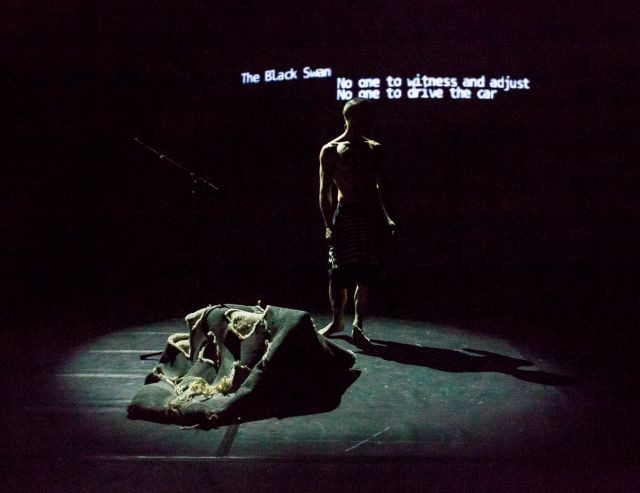 Solo by and for Richard Siegal

As Katja Schneider writes in the Münchner Feuilleton ‘Black Swan is a radical, complex piece, delivering an overload of texts, of projected, spoken, amplified, intonated words. Canto, canto, canto. I sing, that’s the program. A poetic one. The dancer as rhapsode, his voice alienated by a vocoder. […] We read the interactive dialogue between Siegal and the computer which is permanently in motion as well as the dancer itself. Canto Canto Canto.’