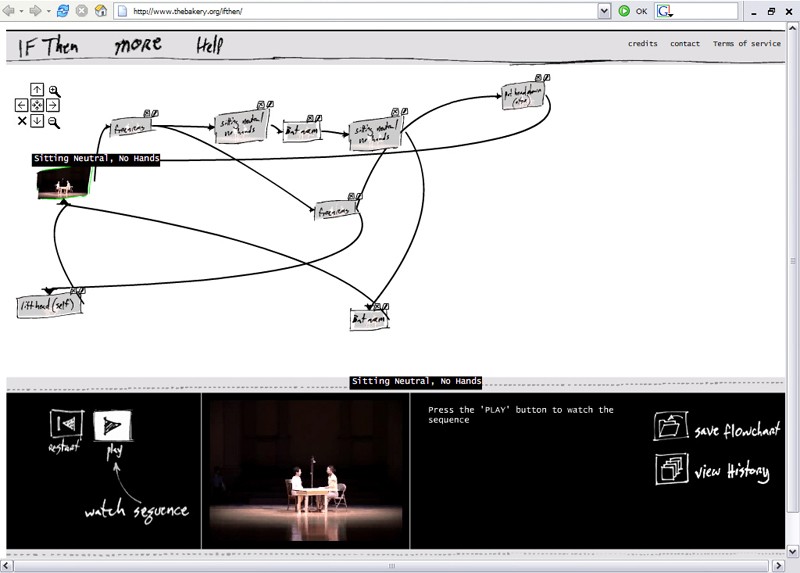 The choreography of If/Then draws on gameplay. It is predicated on a series of games between two dancers which are generated by the syntactical system If/Then, a methodology which became the foundation for much of Siegal’s subsequent work.

During performances of If/Then, the dancers choose their movements in turn from a set of pre-defined rules. Each game is composed of simple, binary gestures and rules: If you do x, then I do y. If I do y, then you can do z or n, etc. The structure quickly grows in complexity, thus Siegal developed a notational system to map out the rules and branching mechanisms.

If/Then Open Source extends these choreographic concepts using interactivity, opening up the piece up to the public. Participants are invited to contribute to the collective evolution of the piece. They can modify existing rules or add their own events, justifying their artistic contributions, in an effort to define the emerging system of values motivating the communal development of If/Then Open Source.

Each time a modification is made, the current state of the system is saved. The resulting archive of the choreographic “layers” shows how the piece has evolved over time.

The system has been used online and as a tool for workshops in a physical space.